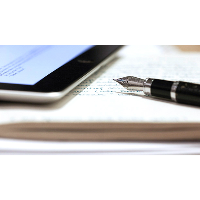 The Elements of Style, first published in 1920, was conceived as the student´s handbook for an English course taught by Professor William Strunk Jr. at Cornell University. The present edition, published in 1959, was revised, updated, and enlarged by E. B. (Elwyn Brooks) White, who took part in the course and later became a well-known writer and editor. Because has been assigned in many writing courses for many decades, especially in the U.S., this text has become one of the most influential contemporary style guides.

What topics are addressed?

The book is divided into five sections. The first two are written in the form of rules, twenty-two in total, and address issues such as the use of commas or the active voice. One example is “Do not break sentences in two,” which addresses the usage of periods and commas. These sections also provide examples and short explanatory essays.

The third section addresses several issues ranging from the use of exclamation marks to titles. The fourth section focuses on expressions or words that are commonly used incorrectly in written contexts; it clarifies correct usage and again provides examples. The last part of the book, written by White, tackles the issue of style as a reflection of the author’s identity or his or her voice. It resembles the first sections, but instead of rules, White offers suggestions. The book also includes a glossary, which clarifies the meaning of terms used in discussions of grammar.

This book is a very accessible guide for those seeking advice on writing in a general sense; it not only provides readers with answers to grammatical and stylistic questions that almost every writer in the English language – native speaker or not – may have faced, but it also addresses general questions on writing, such as the decision whether to use the passive or active voice when writing. This book is appealing for those writers who seek guidance on style and who prefer a set of simple rules that, if applied properly, can make a tremendous difference.

< back to the previous review

forward to the next review >